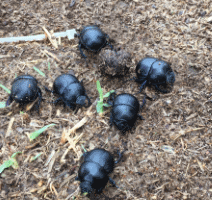 Software Bugs since IT has been existing

What is a software bug?

The first computer bug was documented at the 9th of September 1947 in the logbook of Navi Officer Grace Hopper. The problem was a moth between the relays of the Harvard Mark II computer that filled rooms as usual at that time. The logbook entry says: “First actual case of bug being found.” Flies, moths and other insects were attracted by the warmth inside the computer and then caused shorts that led to computer failures. Here the expression “debugging“ became a new signification. Grace Hopper spread the expression software bug, since the word had been utilized already to describe technical problems, for example in the radar electronic industry in WW2 or earlier in the end of the 19th century by Thomas Edison and in the telegrapher jargon.

Why do software bugs occur?

What is the average error rate?

Software bugs can lead to great financial damage and in worst case be a danger to life. Online are many software bug lists, here is a very extensive one: Collection of software bugs

The “Millenium Bug” – the most expensive software bug hitherto

The so called “Y2K-Bug” was the most expensive software bug until then, that occurred in history. Its fixing costs are estimated to up to 600 billion of dollars worldwide. Its origin lies in the two-digit display of the year dates e.g. 99 stood for 1999 and then 00 for 2000. A sorting like this would have led to 2000 at the very beginning. Or calculating the age of users would have been wrong as will with 00 – 60, a negative age is not possible. The most negative effects were anticipated and resolved in advance. A very funny case was for a driver in the United States who got a car tax invoice for the last 100 years with an amount of 760,000 dollars.

We are committed in software quality and want to avoid software bugs. That’s why we launched QF-Test our Java and Web GUI Testing tool in 2001.

QF-Test stands especially for GUI Regression tests, functionalities are tested this starts at a very specific basis up to complete system tests. QF-Test is tested by itself every night with around 25,000 tests.

If you want to improve your software quality, QF-Test may be an option.